skip to main | skip to sidebar

The Illustrious Style of Ritz 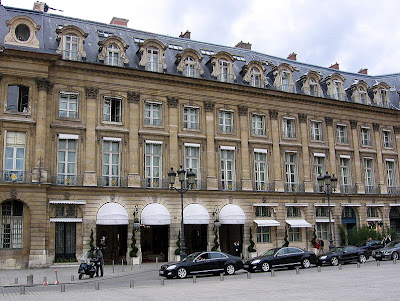 the original Ritz on Place Vendome in Paris, opened in 1898; photo by Vlastula; wikipedia 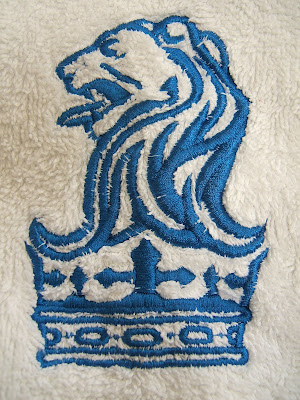 classic old Ritz Hotels usually decorated with a lot of royal blue, seen here on an embroidered towel, it manages to look both elegant and crisply clean 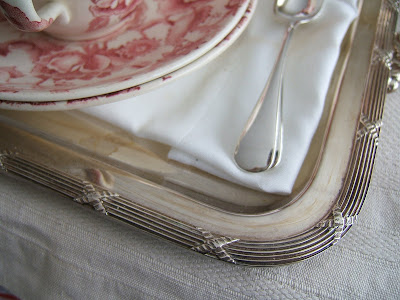 for the Ritz Hotel in Paris and London, Cesar Ritz specified silver serving pieces such as trays, wine buckets, vases, tea and coffee services featured the classic, simple, Louis XVI reed and ribbon motif; many of these pieces by Christofle are still in use after 100 years 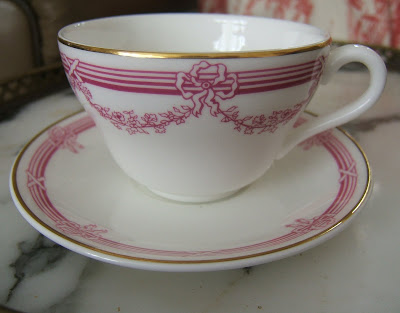 this Royal Doulton teacup is of the special pattern used by the Ritz, London; it features the classic Louis XVI reed and ribbon with garland motif 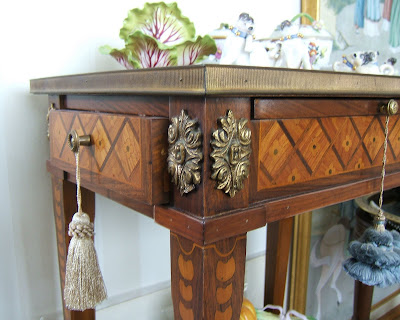 Louis XVI furniture, often with wood inlay, has been used at the classic Ritz Hotels in Paris, Madrid, and London 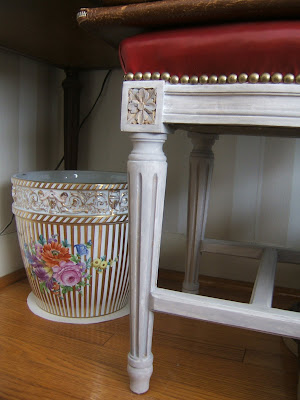 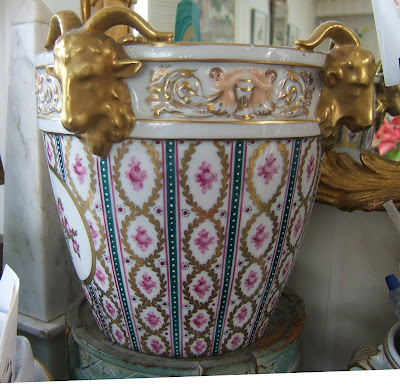 Sevres inspired porcelain emphasises the French 18th century style that Cesar Ritz himself selected for Ritz Hotels in Paris, London, and Madrid; this piece was originally intended as a milk bucket at the dairy of Marie Antoinette, in modern times it is used as a planter or wine cooler 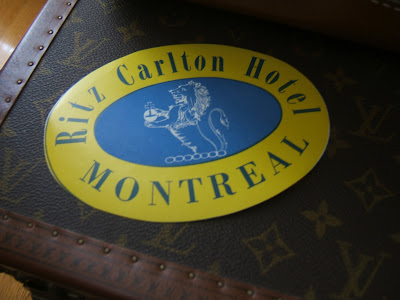 most Ritz logos in some way incorporate a regal lion in their logo; this one is from the Ritz-Carlton (not affiliated with the American chain owned by Mariott) in Montreal 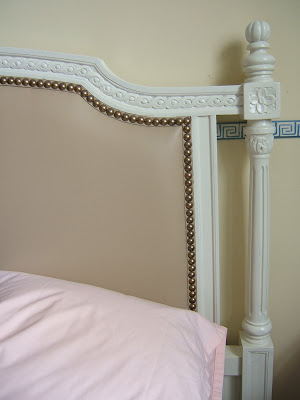 the most important piece of furniture in a hotel room is the bed; great classic French hotels and Ritz Hotels inevitably have a canework or upholstered headboard in the Louis XVI taste 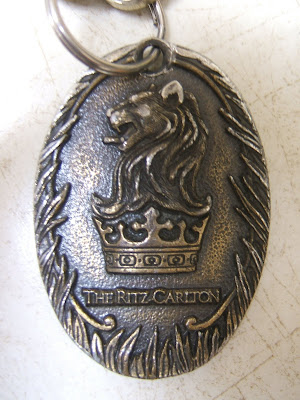 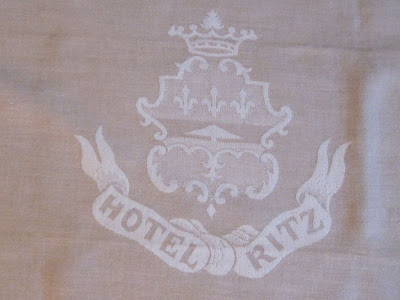 vintage table linens from Ritz Hotels featured emblems and crests reminiscent of those of French nobility, note the crown and fleurs-de-lis 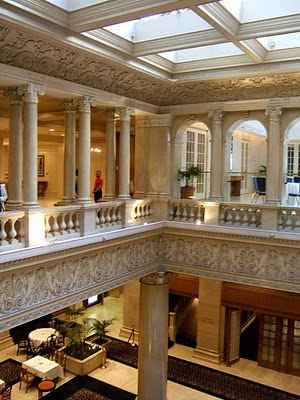 the gracious arcade of the two story lobby in the King Edward Hotel, Toronto; this Beaux-Arts treasure is closest in style to classic Ritz Hotels as created by Cesar Ritz 100 years ago 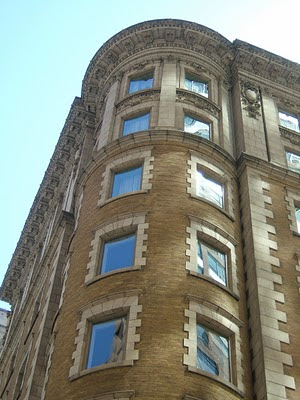 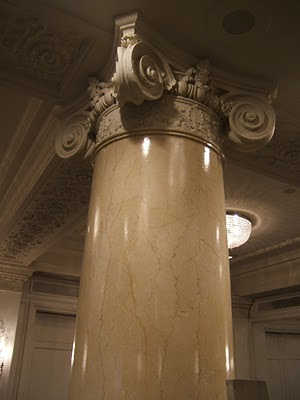 superb plaster mouldings, architectural details, and scagliola enrich the interior of the King Edward in a classic style comparable to what is seen in classic old Ritz-Carlton Hotels in cities like Boston and Montreal


Toronto is a city of over 5 million people, and it has many excellent cultural and recreational amenities. It has however lacked the accommodation that prestige, five star hotels offer. I was excited to learn that a Ritz-Carlton Hotel was opening in Toronto. I have always been intrigued by the story of Cesar Ritz and the creation of his deluxe hotels and their superb restaurants and cuisine. In preparation for my upcoming article about the Ritz-Carlton in Toronto, I will briefly examine what sets a classic Ritz Hotel apart from other hotels.

Cesar Ritz had particular requirements and directives with regards to service, amenities, decor, hygiene, and cuisine. He started humbly, born in the mountains of Switzerland, and through hard work, luck, fortuitous circumstances, perseverance, superb taste, and a knack for seeing excellence in others to help him, created hotels that became synonymous with luxury. The classic Ritz Hotel, unadulterated by ever expanding modern chains, still exists in Paris, London, and Madrid. The Ritz style is present in great hotels in cities around the globe. It can be seen in the Four Seasons in Hamburg, the Plaza Athenee in Paris, the Villa D'Este in Italy, the St. Regis in New York, and many others illustrious and historic hotels.

What makes a classic Ritz Hotel? It must have the finest chef, and for it to be Ritz there should be at least a fleeting reference to classical French haute cuisine in the menu. During the Belle epoch/Edwardian period, it became socially acceptable for the upper classes, especially women, to eat out, and Ritz cuisine had an outstanding reputation for excellence.

The classic Ritz Hotel has a distinct, prescribed style. Cesar Ritz himself chose the Louis XVI style (sometimes used in transition from Louis XV; there were also accents of Directoire), and every detail of his first Ritz Hotels, both interior decor and exterior architecture, down to light switches, table accoutrements, was a circa 1910 interpretation of this elegant style. The simple, light lines of neo Louis XVI were a refreshing change from the heavy, dark, ponderous furniture of Second Empire, Louis Phillipe, and the Victorian style.

Ritz's rooms were among the very first to include en suite bathrooms as well as new technology such as telephones. There were transoms over doors of high ceilinged rooms to allow microbe inhibiting ventilation in a time when there was anxiety with regard to tuberculosis and other infectious diseases. Upholstery and furnishing fabrics and curtains were washable, and much simpler than those of the Second Empire and Victorian styles just preceding. Cesar Ritz chose the very best chefs, waiters, someliers and service people, often persuading them to leave other establishments where they had already proven themselves. Essentially, a Ritz Hotel was one that was of French decor, impeccably clean, and with faultless 5 star cuisine and service. The trademark of the hotel was a heraldic lion and a crown, with connotations of history and nobility.

Being in a classic Ritz Hotel is somewhat like being in an impeccably run palace. It is a bit of an escapist fantasy in the 21st century. That this style has endured and still exists and is admired and respected over a century later, and in spite of great changes in the world, is a testament to the genius of Cesar Ritz.

all photos, unless specified, by SwF
Posted by Square With Flair at Saturday, March 19, 2011 4 comments: 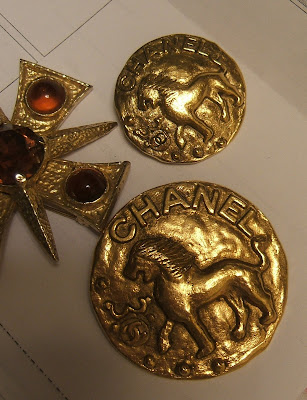 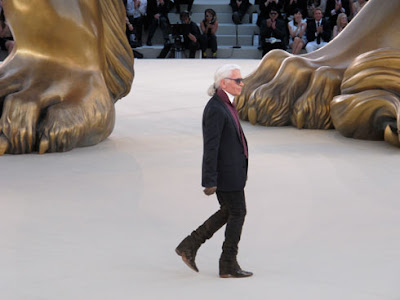 Karl Lagerfeld at the end of the Fall/Winter 2010/2011 defile; photo courtesy of isaaclikes.com 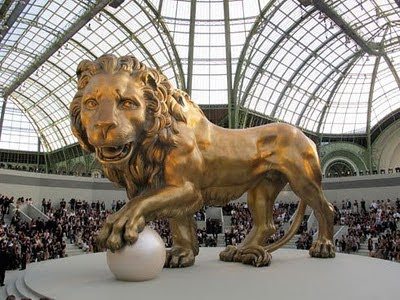 this giant lion was the centre of the Fall/Winter 2010/2011 Chanel fashion show; it was modelled after one in Chanel's apartment; photo courtesy of isaaclikes.com 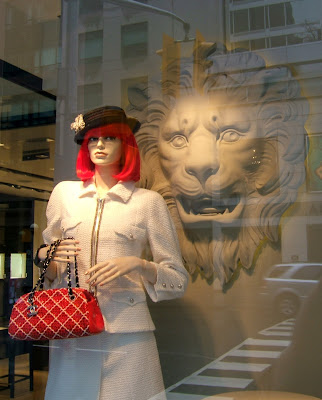 this wall relief of the head of a lion in the window of Toronto's Chanel boutique is a perfect specimen; he looks classical, is very symmetrical, and is brave with out being terrifying; I like the way the pupils are drilled and his rather baroque mane, photo SwF 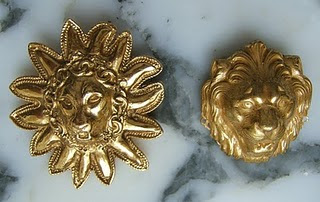 the pin on the left is vintage Chanel, the one on the right is by Miriam Haskell, photo SwF
The month of March is upon us. I noted that the windows of Chanel boutiques have incorporated a large relief of lion's head. Lagerfeld is constantly mining the Chanel vocabulaire, and has used the lion motif before, as did Chanel before him. Chanel's sign was Leo and she was fond of the motif. The stone on her grave in Switzerland features five lion heads, a reference to her zodiac sign and her lucky number.
Many vintage pre-1970 Chanel couture buttons had lion's heads on them rather than a double C logo that is so popular today. Chanel wasn't fond of plastering the logo all over, and when she did, it was inconspicuous enough to be almost invisible. I believe she wanted quality, originality, and beauty to be self-evident. Looking at her superb vintage designs, inevitably it was.
The lion motif is creeping back into recent Chanel collections; a coveted quilted lambskin bag has a bold lion head motif on the closure and there are waiting lists for this $3,000 bag. Current fashion dictates that silver and pewter effects are surpassing Coco Chanel's classic gold, but I think a lion motif can only be in gold, and if a more modern look is desired, a soft or faded gold.
The current Chanel boutique window display appears to be the first time that the lion has been used as a play on themes during the windy month in which spring begins in the northern hemisphere..."In like a lion, out like a lamb."
Here comes Mr. Lion with a great big ROAR!
More cold winter, quick shut that door!
This little lamb thinks it would be nice,
If March was the end of the snow and ice.
Author Unknown (lost in the mists of childhood)
Posted by Square With Flair at Thursday, March 10, 2011 3 comments: